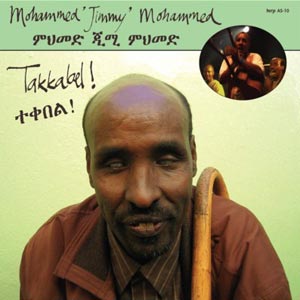 In January 2005, Han Bennink, Emma and I attended a unique concert in the Hilton Hotel in Addis Abeba. It was a tribute to one of the two really big heroes of Ethiopian music, Tlahoun Gessesse. After 40 years at the top, Tlahoun is now not in the best of health and cannot really sing at concerts anymore.

A wide range of singers were invited to perform Tlahoun's songs, with the master himself sitting at the front surrounded by his family. All of the singers were very strong. It seems Tlahoun has no reason to worry about his heritage surviving! Amongst the many performers there that evening, some in particular stood out. There was Betsat Seyoum, a well known Asmari singer. Her background is based in the world of bar musicians, renowned for their use of double meanings in their choice of words in songs; by a subtle play on words she could make people crack up with laughter, even in the most serious context.

Getatchew Mekuria was there, the Ethiopian saxophone legend, playing the great melodies on his tenor sax, only as Getachew can. Then, of course, there was the appearance of the other big star; Mahmoud Ahmed. He held a speech, stating that after 40 years of being at the top together with Tlahoun, he was now on his own. He was genuinely very sad and had to shed tears. One felt that he really had lost a comrade. Tlahoun was also crying; as were many people in the audience and... so were we! The whole thing was something almost unthinkable in our culture. Mahmoud sang "Tezeta", the ultimate Ethiopian blues. And there was Jimmy. In a white smoking jacket, singing the songs he always sings, of his favourite singer of all, Tlahoun Gessesse. I think he knows them all by heart. This fragile, thin, blind man, with incredible voice and spirit, was the star of the evening.

We saw Jimmy for the first time about five years ago in France at one of the Asmari nights, organized by Francis Falceto, the man behind the Ethiopiques CD series. An unprecedented experience; a completely unique culture, music and dance. Within this whole Asmari culture, Jimmy is standing out. He sings his version of mostly Tlahoun's popsongs from the 60's / 70's in an Asmari setting. Deep, passionate, improvised and swinging. He was accompanied by his friend, Mesele, on the krar (the 5 string harp) and a traditional drummer, koboro player Asnake.

In March 2004 Francis organized another big Asmari tour and we offered to organize four concerts in Holland and Belgium, with The Ex playing our Ethiopian set, and jazz-drum-revolutionary-legend Han Bennink, playing the drums. We had played some of these songs previously on our first Ethiopian tour. I will never forget how Jimmy was amazed by Katherina (The Ex's drummer) singing a particular Tlahoun song, the fantastic "Mesak Isikalehu". During the course of these four concerts, Han Bennink fell completely in love with their music and, bit by bit, was coming closer to Jimmy, sitting in more and more with the band. They loved it; they had never heard anything like it and although from completely different backgrounds, it seems a quite natural combination. "I'm blind as well when I play with them" said Han, and it works wonders.

In Ethiopia, one month later, during our second tour there, we met them again. In their own environment. A nightclub, at work.

In November 2004 we invited them to play at The Ex's 25 year anniversary-party-extravaganza, and on the Convoy tour after that. A week around France in a touring bus filled with some of our favourite, diverse musicians from around the world. Great concerts, hectic times, no sleep. Sometimes we would step straight into the bus after a gig. The Ethiopians were always an inspiration, full of spirit and laughter. A "normal" Ethiopian concerts lasts till 5 in the morning...

Jimmy was not so well when we invited them again for the Moers Jazz Festival and to record this CD, in March 2005. We were worried, but Jim took his time. He slept through the daytime and was always great when it mattered! Like when he sang solo in front of 3500 people in the Moers tent. This was the first time in his life that he had performed this number, and when I asked him what this amazing first song was, he answered : "oh, that was just the most difficult song I know!" The next night they played the "African Night". In a huge tent again. It was a sensational concert. They had been resting the whole day in order to concentrate on the show. And then at the show, they really took off. Han played as sharp as a razor blade; the rhythm was pumping and swinging. Asnake sometimes got so carried away that he started dancing the eskesta (shoulder-dance) whilst playing. Mesele was jumping and even Jimmy stood up for the first two songs. The audience had never seen anything like it.

Just three weeks ago we saw Jimmy again. In top shape. He's staying now at Mesele's house. And to everyone's surprise we saw Tlahoun Gessesse singing two songs at the 50th anniversary of the National Theatre. 'No one can ever replace him' Jimmy says. Of course, but for me, Jimmy is irreplaceable as well! Terrie Ex, Wormer, January 2006 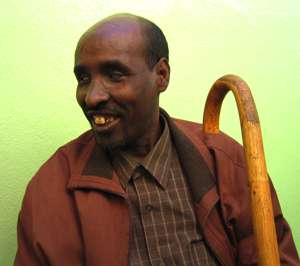 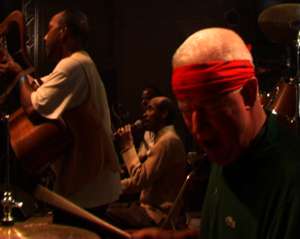 All songs based on versions by Tlahoun Gessesse / except "Mela Mela", by Bahiru Kegne. Arrangements by the musicians.