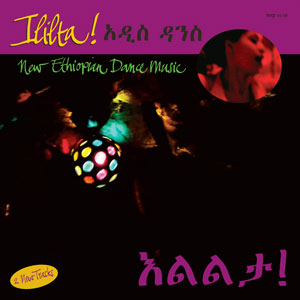 Most people are familiar with the Ethiopian music of the "golden seventies". The great CD-series of "Ethiopiques"focuses on this remarkable period of truly amazing and rich music. The era of the big brass bands came to an end in the period of the "Derg", the military government in Ethiopia from 1975 till 1991. After that, the scene seemed confused. Many great musicians were forced into exile or passed away. The horns mostly disappeared and were replaced by cheap keyboards everywhere. Awful bombastic overproduced "plastic" pop-productions flooded the market. Synthesisers, vocoders, drummachines and hasty productions that all sound alike.

But in the last few years something new is emerging. Young producers have started combining traditional rhythms and strong dance beat production. The result is very original, uplifting and very danceable music. The gurage, wollo, gondar, konso and other traditional rhythms work wonders for this new dance music. And the Ethiopian youth loves it. It can be heard not only in the hip areas like Bole, but all over Addis and other Ethiopian urban areas. Blasting from restaurants, taxis, coffeeplaces, grocery stores and Addis’ giant market, the Mercato.

Last year we released the "Ililta" CD, a compilation of this new Ethiopian dance music, recorded with a new generation of singers over the last decade. A cross-section of the production work of Mesele Asmamaw and some of his close colleagues.

This new 12” was recorded during one of The Ex’s musical exchange projects in Ethiopia and mixed in Amsterdam by two members of The Ex. An exciting new chapter in this series! Play loud! Terrie Ex, May 2011 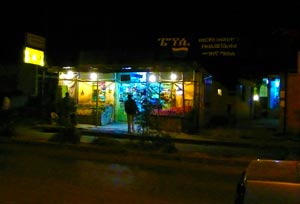 Initiated by Mesele Asmamaw. Recorded in Addis Abeba, Ethiopia, May 2009 in Mesele’s Studio, Olympia. Produced, mixed and mastered January 2011, in Amsterdam, the Netherlands by Arnold de Boer and Andy Moor.