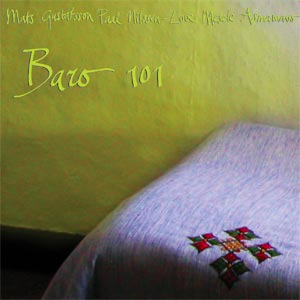 The Ex has been going to Ethiopia for quite a while. The first tour, with Han Bennink, in the north, was in 2002. The next one, in the south, during 2004. Everywhere we went we experienced a big demand for "new" music. While most people from outside still seem to think that Ethiopia is only about problems and misery, young Ethiopian musicians are hungry for information.

Through all the new and improvised music festivals we play, The Ex has connection with many adventurous musicians. So we started a series of projects in Ethiopia. With breakcore pop duo Zea in May 2008, followed by Silent Block from France (tables full of self-made instruments, experimental electronica and much more), in May 2009. And then two projects with "Saxophone". Not only did we bring Friso Heidinga from the saxophone repairshop Amsterdam Winds, who fixed dozens of instruments, but also great players like Ken Vandermark, Ab Baars, Mats Gustafsson, who performed in combination with The Ex members and Norwegian free jazz drummer Paal Nilssen-Love. And all cooperated with many amazing Ethiopian musicians and dancers. Like Getatchew Mekuria, Melaku Belay, Indriss Hassen, Misale Legesse and krar-player Mesele Asmamaw (who we knew before from the Mohammed Jimmy Mohammed Trio).

The evening before the latest project was about to leave Addis, Mesele, Paal and Mats wanted to record. After a week full of sensational cooperation and excitement, they had something to say. In room 101 of the Baro Hotel, our home, Arnold and Andy put down some microphones and an hour later it was ready. 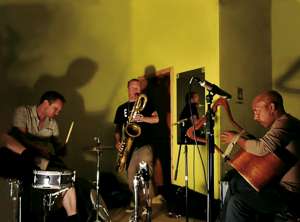 Recorded February 27th 2010 in room 101 of the Baro Hotel, Addis Abeba, Ethiopia, during the "Free the Jazz" saxophone project of The Ex.
Recorded by Andy Moor and Arnold de Boer.
Mixed + mastered by Andy.
Design + layout by Emma Fischer.
Photos by Andy, Emma and Arnold.