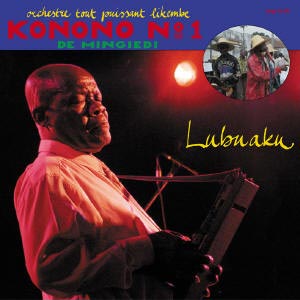 Konono No.1, Orchestre Tout Puissant Likembe, from Kinshasa, Congo, was founded more than 25 years ago by likembe (thumb-piano) virtuoso Mingiedi Mawangu. The band was one of the first groups to use electric amplified likembes. They built everything themselves. The pick-ups were made from hammered bits of car starter-motors, handwound with copper-wire; they made wooden microphones and jack-plugs from bits of copper-wire and branches. With a 25 watt amplifier on a car battery and the typical "lance voix" field speakers they play fast, powerful, distorted music with the energy and rawness of a punk band.

Konono No.1 plays music based on the tradition of the Bazombe, a tribe living on the border of Angola and Congo. Their style is also the basis of modern Congolese music like Zaiko Langa Langa. They have three likembes (solo, accompaniment, and bass), three drummers (congas [ngoma], cowbells, and a kind of hi-hat from metal plates), two singers, three women dancers and the mysteriously moving "president". It is a rough type of urban Congolese music. The lyrics are a bitter comment on the social situation in the Congo. This CD is a tribute to Konono No.1, to that first ever gig in Holland. It's a rough recording, recorded in stereo directly from the mixing-desk. But the music speaks for itself. PLAY LOUD! 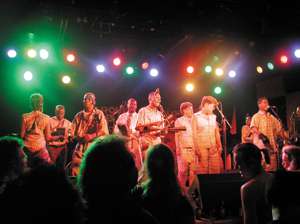 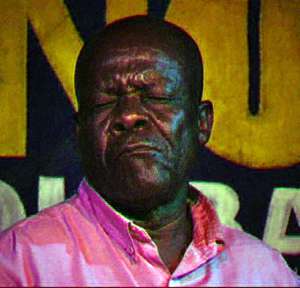 Recorded 5th February 2003 in Vera, Groningen, Holland. Straight from the mixing desk to the computer by Edwin and Koos. Live sound by Grrrt. Mastered by Colin McLean.