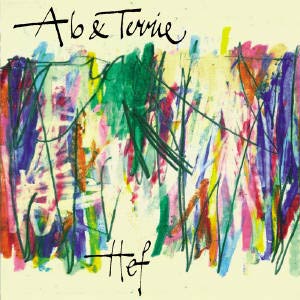 In English there's a related idiom: Dutch courage. That's when intoxication makes you fearless. Perhaps a fitting image for Ab Baars and Terrie Ex on their first record of duets, "Hef".

I'm not referring to literal drunkenness, of course, but a figurative image of being tanked, a thoroughly internalized sense of dizzy, giddy musical interaction, bravery to try things you'd know you wouldn't/ shouldn't when sober. Ab is creative music's official drunken master (past masters: Ben Webster, Archie Shepp), and the marvelous Mr. Ex is a very worthy drunkboxing partner. In Ab's tenor especially, I hear this approach (keep in mind, Chan only turns to drunken boxing when pushed to do so!) - a loopy, wild, off-kilter phraseology that's precise and imprecise in the right balance, or rather in the right relation. In the twosome's opener, "Oud Over", Ab lurches and sways like a sot. But beware, 'cause just when you think he'll topple over, he turns into a bloodthirsty silver machine, attacking the jugular and slicing in tandem with Terrie's electric chicken-scratch scrapple of strings. Listen on "Stokdutter" as the guitarist's metallic shards combust behind Baars' slow-motion clarinet, unfazed by sudden motion - two temporalities superimposed, the unreality of unitary chronological time for a buzzed man. The drunken master works at his own pace.

What's it take to make music like "Hef"? A liter and a half of Dutch courage. John Corbett, Chicago, January 2000 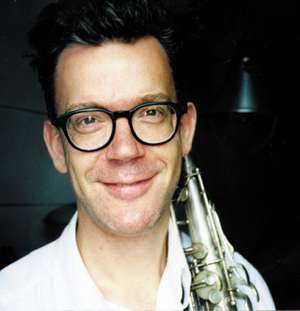 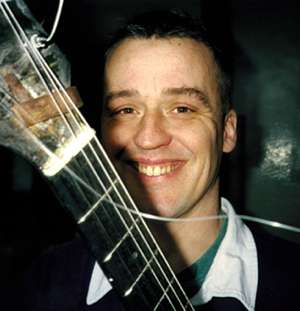 Recorded during two sessions at the Jottem studio space in Wormerveer, Holland, by Colin McLean. Mixed + mastered by Zlaya and Terrie.